The very first step in constructing the greenhouse was to decide on the size for it. We'd earmarked a vegetable plot where it was to go and as it had a hedge along one edge and a rose border on another, both of which we wanted to retain a practical size of 5m long by 3m wide was decided. This gave adequate space for access with ladders or steps during construction. 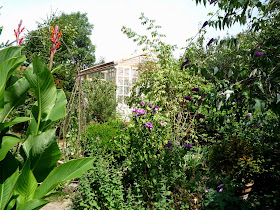 Although it is a large sized greenhouse and in itself quite an imposing feature, it actually fits very well into its surrounding landscape. Being surrounded by greenery as it is now, obviates the need for shade cloths, which in the early days were necessary to prevent the scorching of leaves in the very hot, clear days of Summer. We live near the sea and at times the light here can be very intense. The roof covering was to be of 200 micron polythene UV stabilised (polytunnel material) and this could be purchased by the metre and was 7.5 metres wide. As the roof was to be gabled we bought a 4m length, the polythene width was more than enough to cover the greenhouse length. 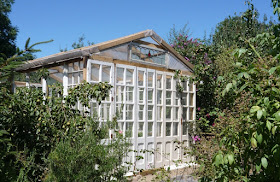 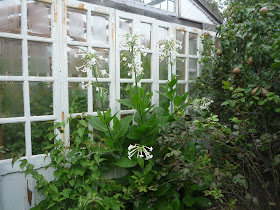 For the south 3m wide end I had recuperated some French windows and these and the entrance door on the North end set the wall height of the greenhouse.


Having now decided the overall dimensions of the greenhouse the preparatory work could begin.

All of the windows I'd collected were casement windows, that is, windows that open on hinges attached to one vertical side of the frame. Most of them were paired and had a weather strip where the two windows met in the middle. 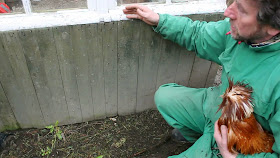 Along the bottom edge of all these windows was a weatherboard to deflect rain running off the window onto the window sill. As the casement window fits into a frame this moulding is not flush with the bottom but is attached about 10-20mm from the bottom edge.

The hinges need to be removed as they will interfere with the fit. 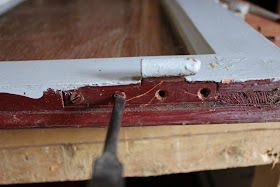 Some hinges can be removed by unscrewing but, bearing in mind that these are old windows, the screw heads will usually be sealed under several coats of paint. Nevertheless, with a little care they will usually come out. I clean the paint away from around the screw heads with a sharp awl and ensure the screw heads have all the paint removed so that the screwdriver fits tightly. If after all this effort the screws refuse to budge then you have to resort to drilling out the heads, it won't matter if the rest of the screw remains in the frame. Alternatively, you can use a hacksaw or angle grinder to remove any protruding part of the hinge and leave the remaining metal plate complete with screws in place.
. 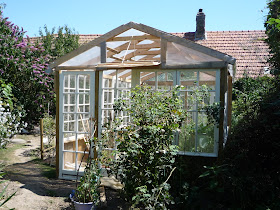 To bring the windows' heights to that of the French windows I decided to support them on walls made from pallet wood. Now that I knew the wall lengths I could sort the windows to fit, number them and mark their position on a plan. 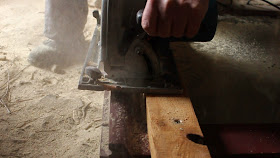 Before making the walls, the bottom of each window projecting beyond the weatherboard was sawn off providing a wider face to rest on the wall.

TIP: (photo above) Screw a plank of the appropriate thickness to the face of the window so as to ensure that the saw blade will cut a square face to the bottom of the window. 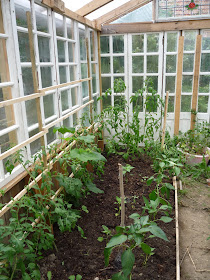 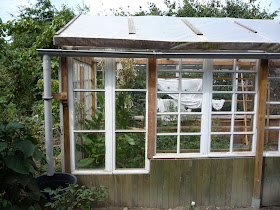 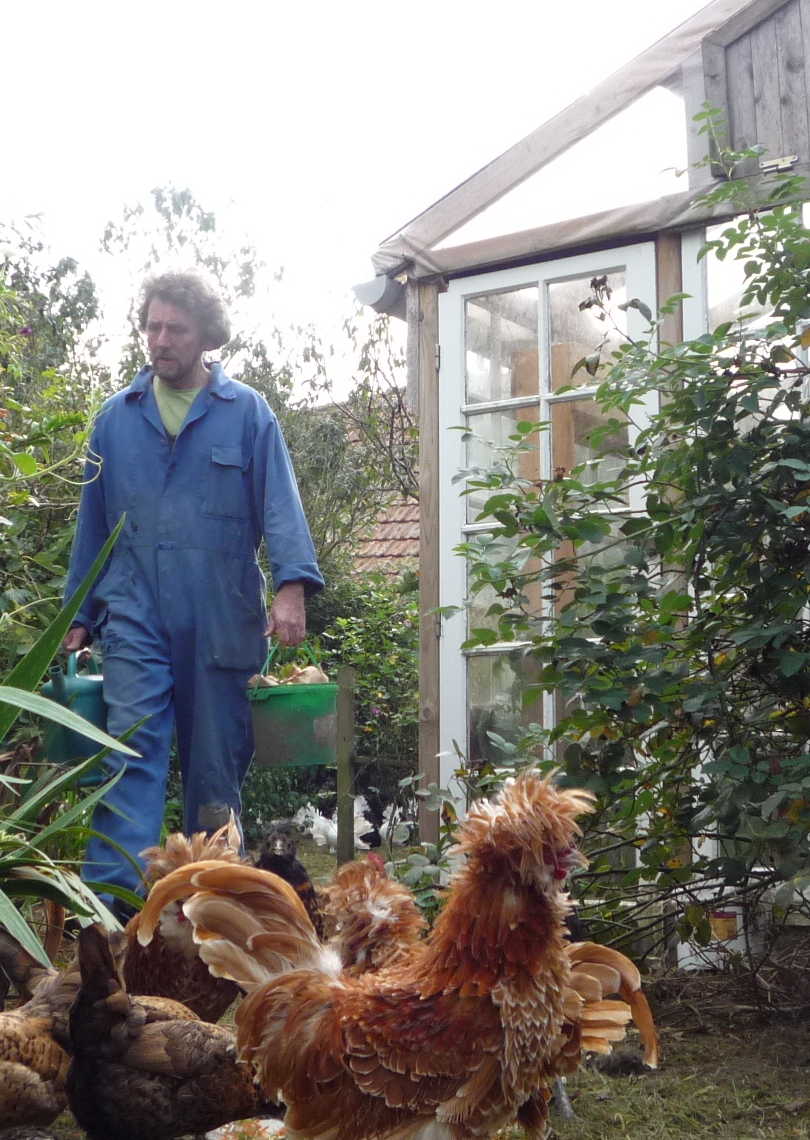 There were seven 75mm (3") square wooden posts, each bolted to a galvanised steel stake driven into the ground (one at each corner, one midway along the longest sides and one to form the doorway). A line running from post to post marked the perimeter to which the wall panels needed to abut. 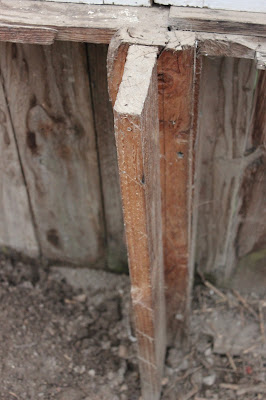 In addition, I made T (Tee) shaped stakes from 22mm thick pallet wood, which were to be driven into the ground on the inside of the greenhouse. These would provide a solid support for the wall panels. 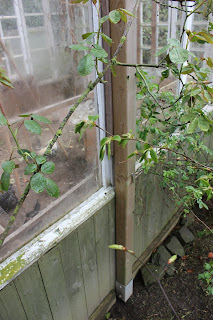 All the above preparation meant that when we finally came to construct the greenhouse it went together as a kit.

The roof trusses too we pre-fabricated in the workshop too but for clarity I'll deal with these in a separate post
.

If you are thinking of building a glass greenhouse and would like to know of some of the extra plants, in particular tropical spices you will be able to grow, then sit back and take a look at this film:


All the best, Andy